Have you ever:
walked into a room
shopping mall
walked through the front door of your home
met up with friends
and have an energy funk?

Suddenly, your life battery has been drained and you don’t really get why?
Have you ever been told your too sensitive, too intense, too much of anything?

Well my friend, have you considered that you may be an empath. Does your body try to heal people around you? Do you suck up other people’s energy and then think something is wrong with you? 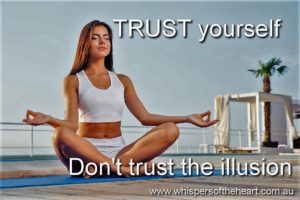 Have you considered or been told you are an empath? I was told by a healer that empaths have the hardest time in this reality. What if that wasn’t true for you? What if it is a gift! To know what is up in the world with people and to be able to make aware choices such as who to hang out with or where to go.

As a child, I was ‘too sensitive’. I didn’t even know what that meant. I now know that what I was acting out and processing for others was all the thoughts and emotions that no-one was owning up to. I was expressing what they repressed.
One of the greatest gifts that I would have loved to have as a child were tools to help me move through the energy stuff. I used to go into overwhelm when all these feelings and emotions were floating around. If I had been told to start asking questions such as: Who does this belong to? Get the awareness. Then return to sender.

Wouldn’t it be great to just have the awareness… For example: wow, mum is such a crab apple at the moment.

Are you distracted by trying to heal other people’s emotions, the worlds woes etc and then not actually being who you came here to be? Doing what you love?

So try it out, Who does this belong to? Get the awareness and return to sender.